Click on a thumbnail (below) to see a larger photo. 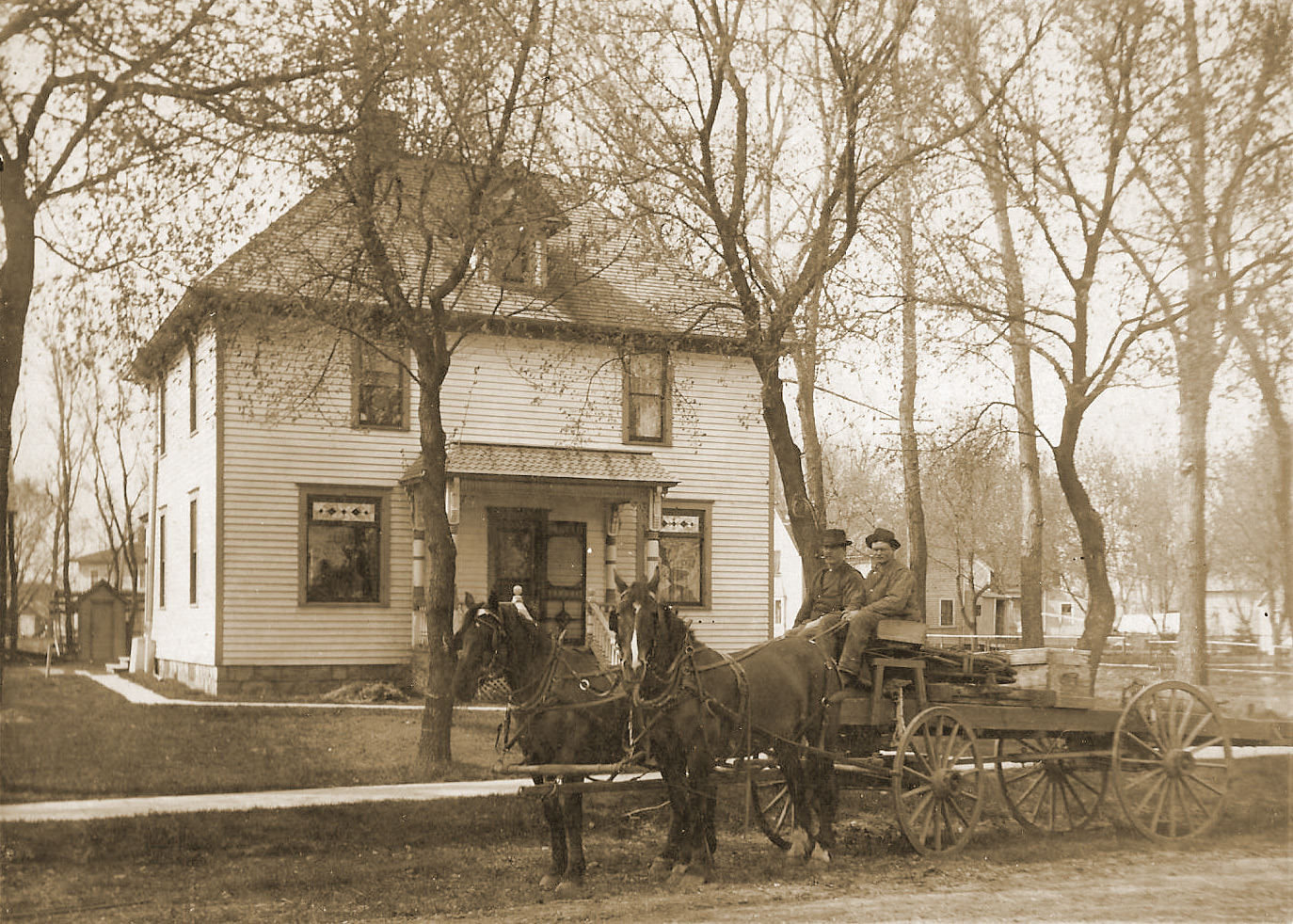 Conroy Well Drilling is one of the oldest well‑drilling businesses in the state of Minnesota. In 1878, John Conroy homesteaded in what is now section 15, Tara Township, Swift County, Minnesota. He made his way to the homestead with two oxen and a tent from the railroad stop at Clontarf, MN. As he farmed, he was asked to drill wells and put up windmills for the new settlers. All work was done manually and with horses. 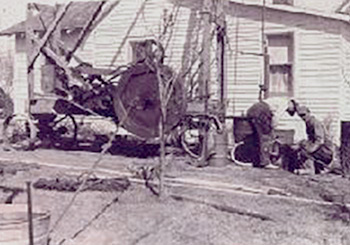 Around 1900 he built a shop and home in Hancock, and went into the well business full‑time with his brother. In 1925 his son, Francis (Irish) came into the business. The father and son continued to drill wells and put up windmills with horsepower until 1941 at which time they switched to a Howell gas-powered wood-framed drill-rig. The service rig and pull-vehicle was a 1941 Chevrolet pick-up. 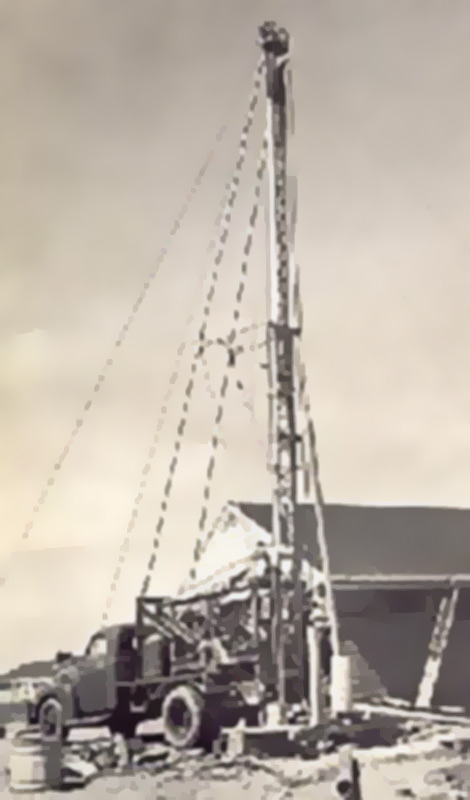 In 1955 the old wood-framed drill rig was replaced with an iron‑framed truck‑mounted Bucyrus Erie drill rig. John Conroy retired in the early 1940’s and Irish was joined in the business with his sons John, Jim, Pat, and Mick.

In the late 1960’s Irish retired, and son John took over the business. John converted to a modern rotary drilling rig in 1968, and soon after installed the first plastic-cased well in West Central Minnesota, setting the standard for the years to come.

John’s son Joe joined the business in 1992. The Schramm rig now in use is all hydraulic rather than mechanical; state-of-the-art equipment for drilling. 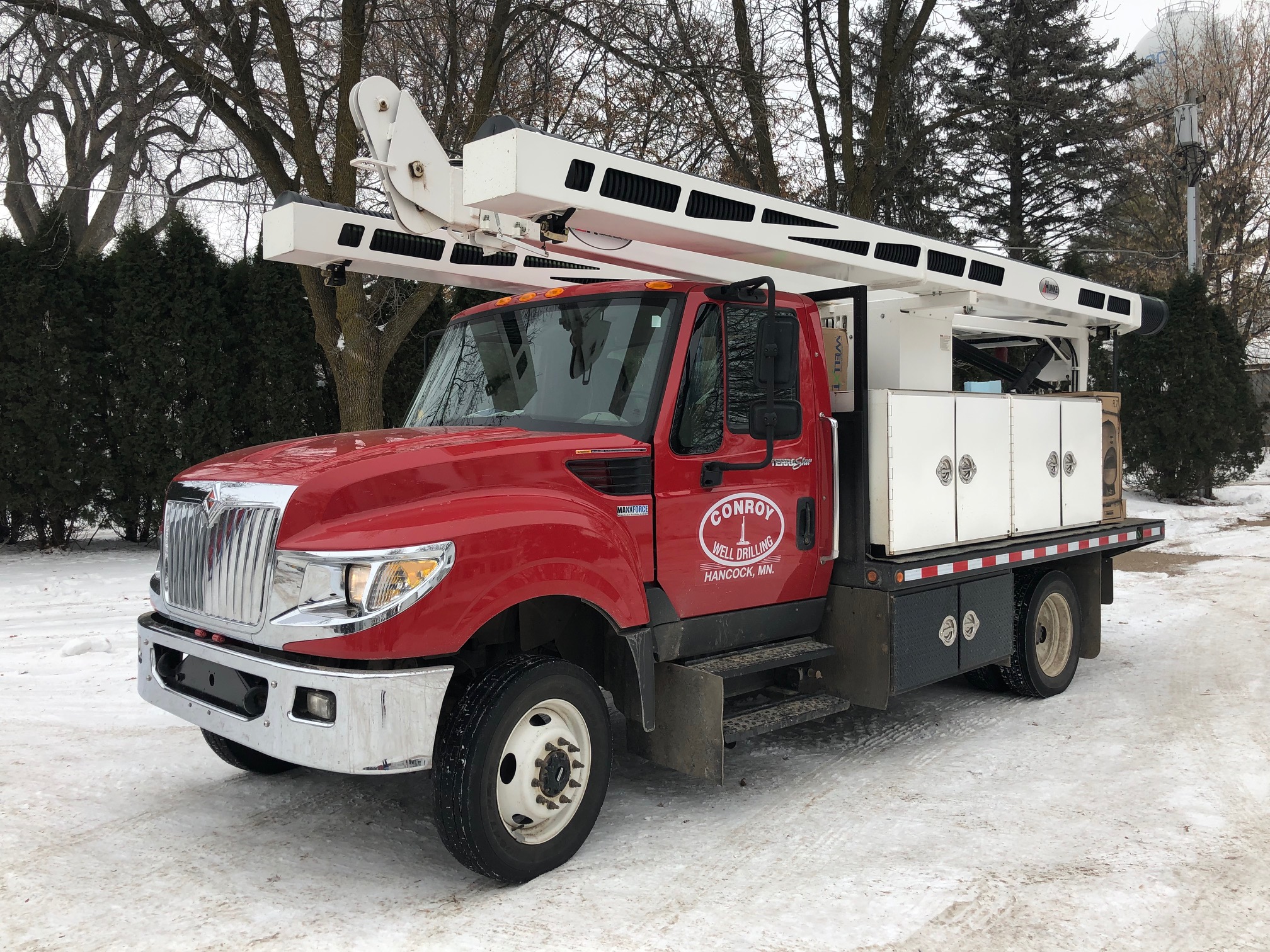 Joe and John continue to work together in this 4th generation family-owned business. Conroy Well Drilling, Inc. enters the 21st century as one of the oldest well‑drilling businesses in the State.

Click on a thumbnail (below) to see a larger photo. 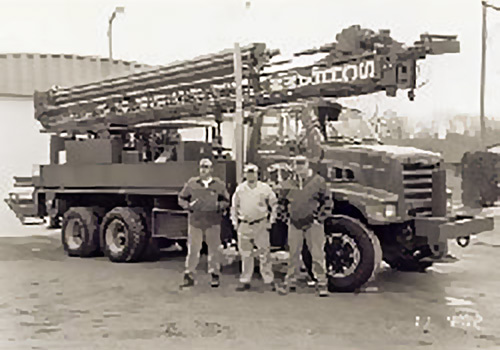 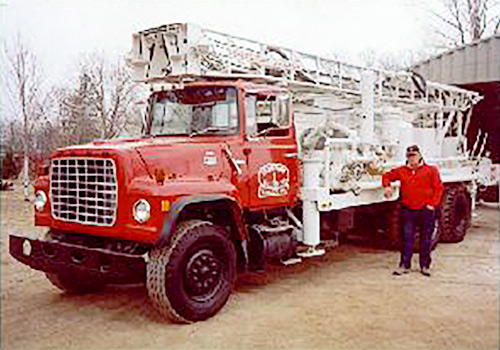 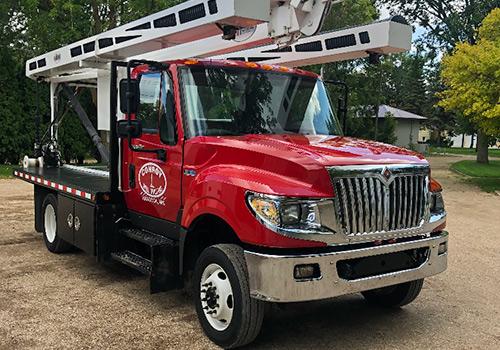 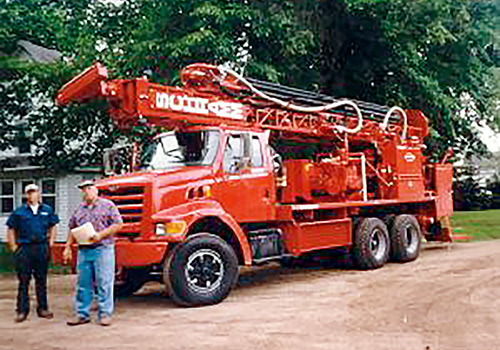 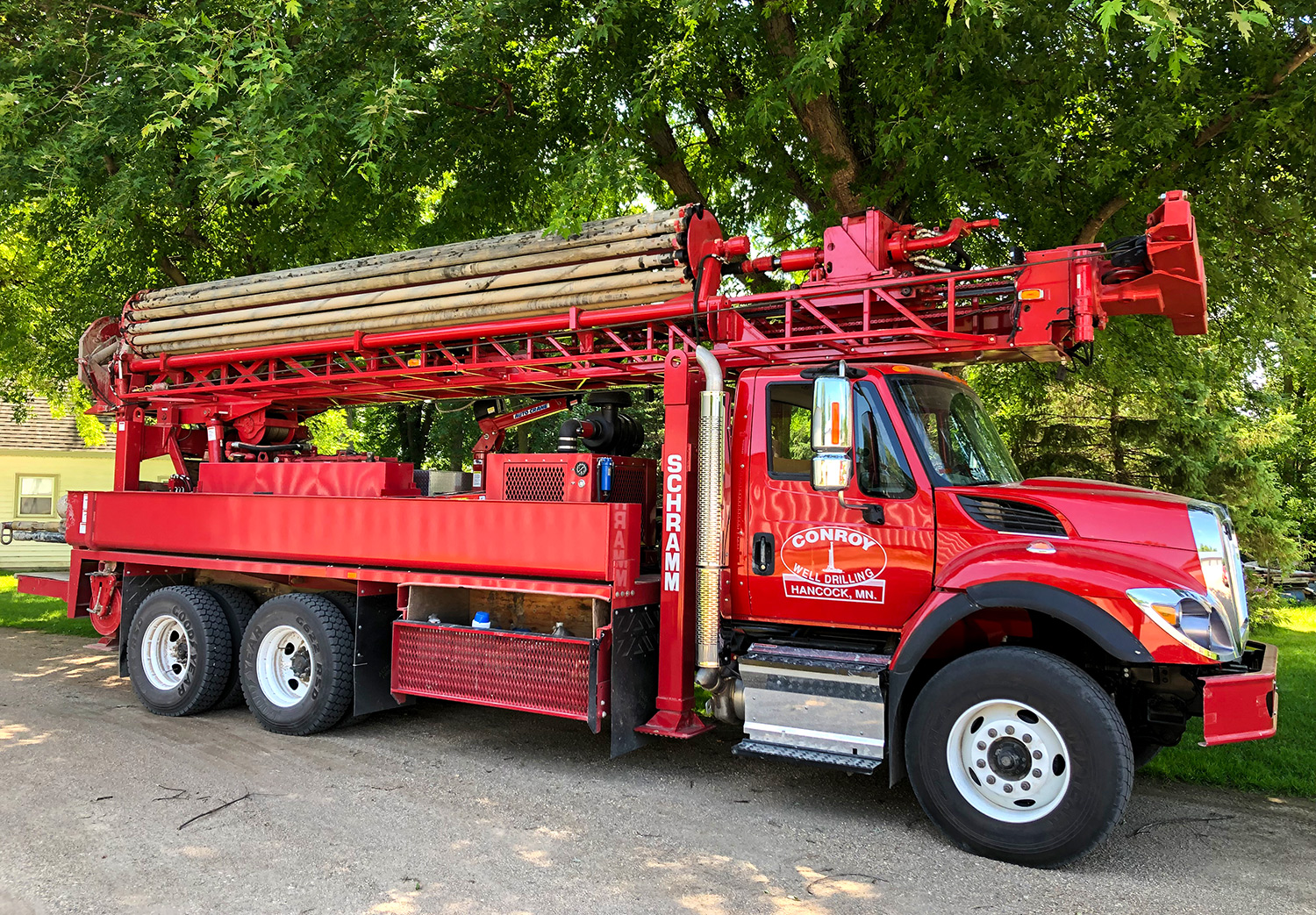 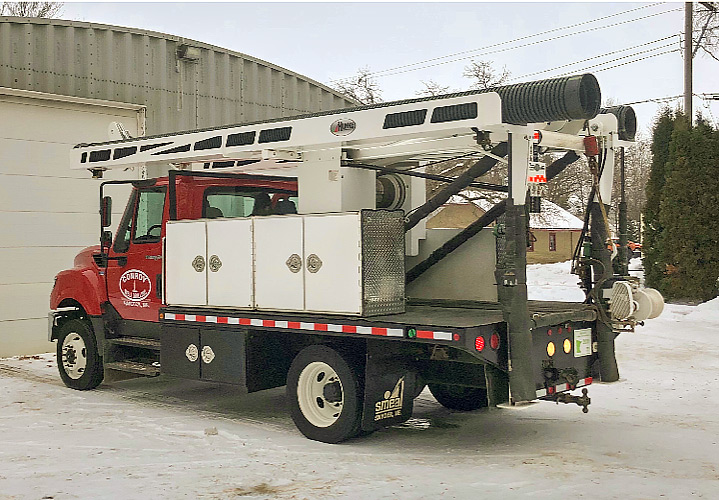 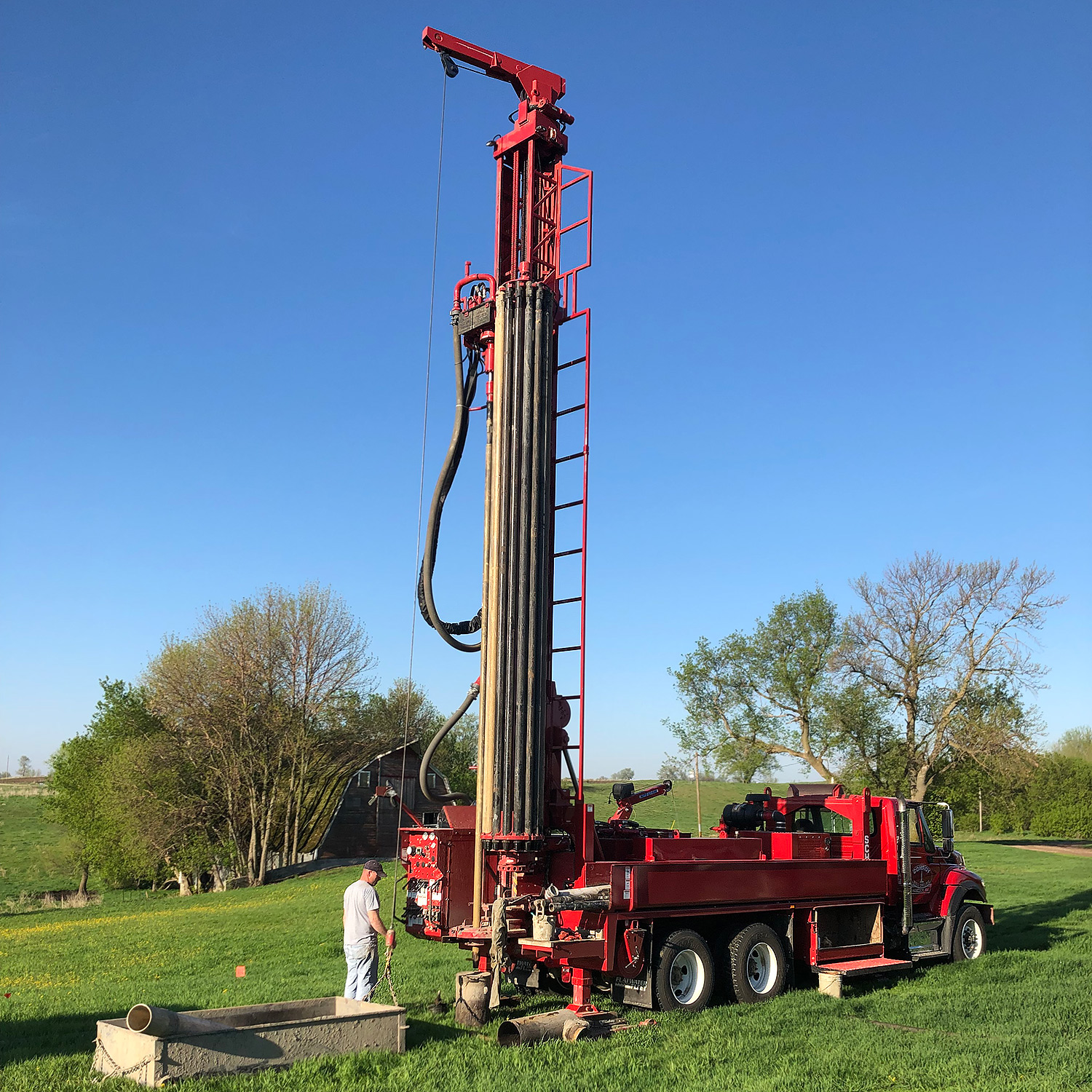